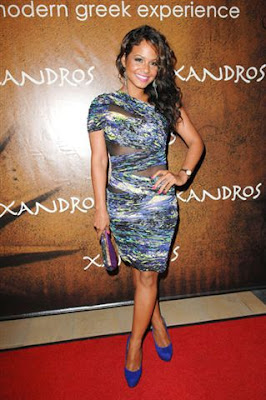 I immediately recognized the dress she was wearing. BCBGMAXAZRIA produced a similar garment to this lovely creation for their Spring 2010 runway collection. I was going to purchase the dress when I spotted in the store but I could never find my freakin size. It was sold out on the site shortly after it's release :( 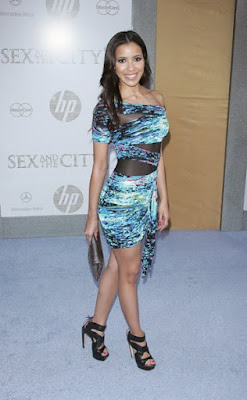 Honestly, this pic of Julissa (former BET host) was the trigger that had me searching high and low for this darn dress. She rocked the heck out of it back in May as she attended the premiere of Sex in the City 2. 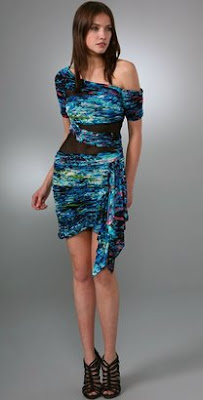 I think both variations of the spring runway dress are very wearable, but I actually prefer Christina's version (I know.......shocking, LOL). I like the conservative shape but the mesh cutout inserts make the look super sexy.

Which do you prefer?

Pics spotted at Hollyscoop.com and Necolebitchie.com