Both Kristin Cavalleri and Audrina Patridge were amongst the Hills stars last night for the celebration of the show's finale in Hollywood. Now they both rocked very different cut-out minis to the event. I personally liked both looks, but I'm one that believes if you have the body, you're at an appropriate age, and you do it with an air of class....go for it. Just my little opinion. 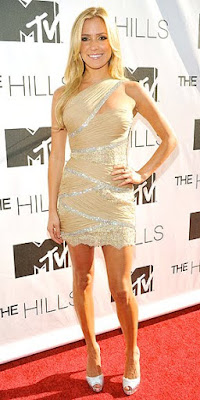 Kristin rocked a Zuhair Murad sparkling mini and I thought it was a good luck for her. She's looks like a golden starlet and most of the time I'm not really that impressed with her style but she did good here. The dress is the focus and it's a really cute one!
Now on the other hand, Ms. Audrina decided to go with a form fitting Boulee design with multiple cutouts. I love her hair and makeup as it does lend an old Hollywood glamour to a more modern, daring dress. Some may say it's too skanky but I think it looks good on her.
So what do you all think about their respective looks? Hot or Not???
Au revoir!
Celebrity fashion hot or not red carpet arrivals

Fatal Woman said…
For me they both look very hot and sexy. Especially one sleeve hot pink dress just stunning!
July 15, 2010 at 4:53 PM 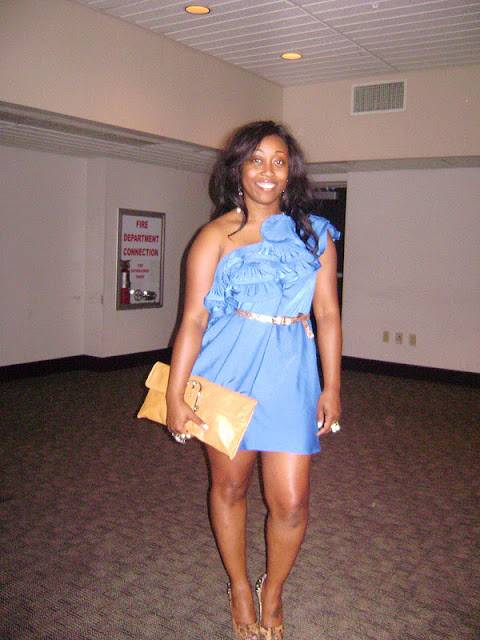 Greetings Fashionistas, Happy Friday!!! Hip Hip Hooray! It's been a rough week at work! I swear, you take a couple days off and BOOM...they find everything they can to throw at ya. Sometimes I feel as if the system is designed so that you work hard, burn out, recharge (vacation), and repeat the cycle over and over again!!!! Ok, that's enough. I can not linger in frustration because God continues to show me favor. Let me count the ways; I have a fab career, an awesome and supportive family, dynamite friends, good health, a home, transpo, opportunity, etc. I'm sorry, I can't list any more cuz I don't want to invite haters into my space. Let's just say I'm completely humbled at the love that I receive from God :-) I told you guys a while back that during the Christmas holiday, I was going to attend a scholarship gala. I wanted to wear something new, but I thought about it and realized that I have some really great dresses that I could just rework and rock t 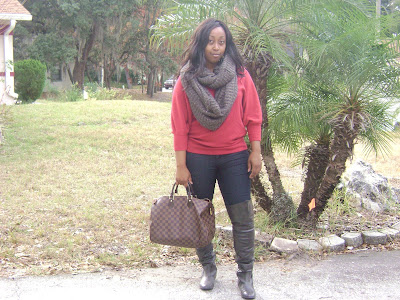 Greetings Fashionistas, Happy Friday!!! Yeeeyyyy.....*insert happy dance here*. It has been a hectic week to say the least. However, it has also been a super productive week as well. Two projects I'm working on are out of my court. I'll have to revisit them later but at least I get an extended break for now. GO ME!!!! This Saturday I will be headed back home for my little nephew's birthday party but today is his birthday. So I must honor that little man....... Happy birthday Marvin! He's 10 years old and I LOVE that little guy. Of course auntie is gonna spoil her baby....per usual. Lol! Below I've included some photos from a day spent with my bff. It was her birthday so of course I had to grace her with my presence although she would beg to differ and suggest it was her presence that blessed our outing.....o_o.....she's so crazy! Scarf - Zara Sweater and Jeans - Forever 21 Handbag - LV Speedy 35 Boots - Alloy.com This is the bestie